Woke to minus 6 this morning - good to see a frost again.  Headed up to check Poolburn. The track had a light skiff of snow near the top.  The ice had melted around the edge leaving a metre gap to the ice pack.  New ice had formed at the edge but not enough to stand on - plank time!
Despite the snow, the ice was still skate-able between the snow patches.  Skated out around the small island being wary of the snow covering the ice hazards  Always good to be on Poolburn.
Then headed to to the Lower Manorburn to finish off with a skate over most of the middle basin.   Could skate to the other side and into the beginning of the gorge. Great ice - hard and smooth - very enjoyable. 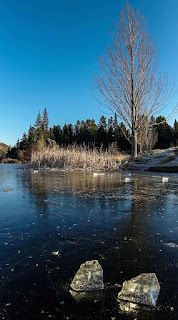 Manorburn:  Good skating over most of the main basin. Smooth and hard.  Thinning out towards the other side.  Water in the gorge and the neck.  Was good with the frost.

By the light - of the silvery moon.....  Passing through the Ida Valley tonight I stopped by Idaburn to find ice that was still skate-able.  Although it was dusk there was enough moonlight to check the ice near the shore and have a skate.  Ice was smooth, hard but a bit creaky and felt 'old'.   Did not venture too far out but had a fun skate and there is something special about skating in the moonlight with out lights. Quiet and peaceful.  Great way to end the day! 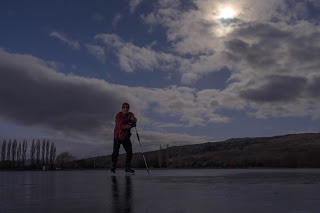 Ice Report:  Idaburn - Still some skate-able ice in the main area but a bit creaky with some weak patches away from the shore.  Test well before skating.   Weak and some water at the edge.  Ice feels 'old'.
Posted by Dave at 9:04 PM No comments:

Headed up to Poolburn later than usual today but arrived to find the ice looking good.  Similar to the other day - a mix of smooth and bumpy ice.  There was already wind blowing so decided to start with the kite.  Wind is a bit of a mixed blessing - can ruin (or smooth off)  the ice but allows other activities.   Kiting on the ice is a great challenge - have to concentrate as once you get speed up it is easy to slide out - which I did while fiddling with the camera!  Had a great session zipping back and forth -  then changed to skating.  Skated around to the dam then back towards the main bay to head around the island. Unfortunately the wind was had effected the ice in places so a tour around the main island seemed unsafe.  Ice was beginning to soften and break up as I left.
Finished with a session on Idaburn.  Enjoyed skating in the sun and warm temps - 15 deg! 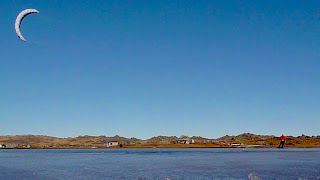 Ice Report:  Poolburn - Plenty of ice in the main bay.  Mix of smooth and bumpy.  Ice over rest of the dam varies - with some pressure and wind effected areas making it dangerous.  Water starting to appear in some places.  Be wary in the warm temps. Track muddy.

Idaburn - Skate-able ice in the main area.  Water in the gorge.  Softening in the warm temps.  Won't last without frost.

Dawn on the ice..

Up to Poolburn early this morning to skate at dawn.  Wow what a great skate.  The changing colours as the sun came up through the cloud was just a pleasure to watch.  The ice changing from pinks through to yellows with the sky.  Oh the ice.... yes great skating on hard locked in ice.  The surface was a mix of smooth and bumpy but good skating with hockey skates and plenty of interest in the changes in the ice.  Skated around the main island and back as well.  Great! 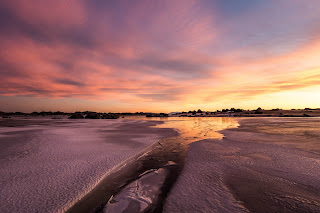 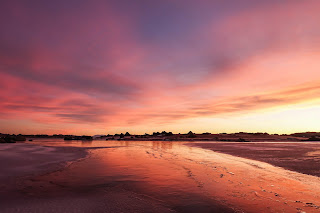 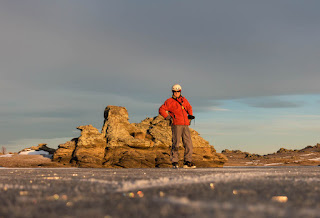 Ice Report: Poolburn -  ice over most of the dam.  Ice varies - mixture of smooth and bumpy but good skating.  Some thin areas.   Check carefully if weather warms...  Track is rutted at top - will be muddy if wet.

Stopped in at Idaburn this evening to check the ice and found good hard ice in the main area. After a bit of a careful check had a great skate by the moonlight!  Once your eyes adjust you don't need lights.  Fab.


Ice report: Idaburn - Skate-able ice in main area. Hard and locked in when I was there (evening).  Best to skate with the frost before the day warms. Won't last without more frost.
Posted by Dave at 10:09 PM No comments: 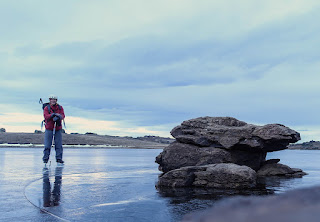 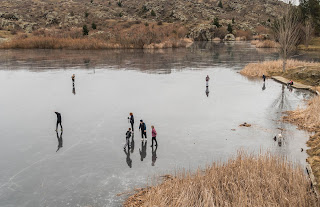 
Had a nice evening skate on the Lower Manorburn tonight on the way through Alex.  Middle basin was still solid and smooth.  Some bits of water around the edge but the ice was still locked in.    Didn't venture too far out in the dark but was able to go to the other side ok and had a great skate.

Did not intend to skate to day but another cold morning so decided to go and see what ice was nearby home.  Ended up skating on a local river that had frozen over. I had noticed it a few years back during a cold spell but never really expected to skate on it.  A bit freaky at first but a great experience.  Ice was hard, a bit bumpy here and there but great fun - and close to home. 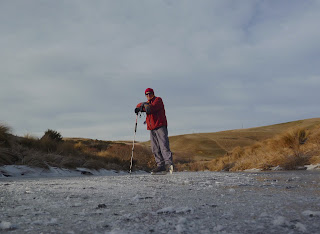 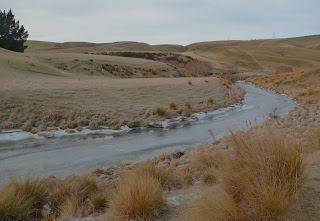 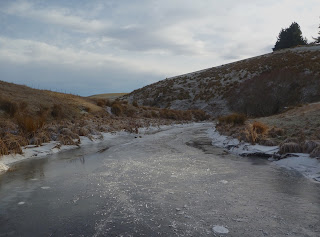 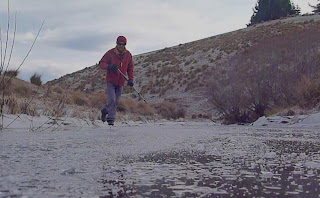 The frosts have been kind to skaters all over and we are loving it.....
Another cold morning and a dawn skate in the Idaburn gorge.  Then off to meet Dave P at Mathaius.
Wow what ice!  The whole dam had frozen with fresh black ice - and a great setting.  Neither of us had skated more than the tail end before and it was a thrill to do the whole area including up the inlet stream.  It seems to take special conditions to bring on this ice as some parts a quite shallow with plenty of greenery in the water.
From there we headed to Styx Reservoir.  Two days ago we were only able to skate part of the lake on snow ice but this time is was fresh black ice again and we skated from end to end under the steep rocky hill side.  Primo ice.  We both found it hard to leave such a great setting and fab ice - despite the constant groaning of the ice as the water level lowers.....
Finished of with a look at the Taierei river with its ice flow and a final skate on the Styx River.  Weird to be skating
on top of running water!   A great day...

Some black some white...

Woke to -12 deg this morning....!  Great for the ice.  Headed over to Idaburn for a dawn skate to catch some black ice in the Gorge.  Great skate but had to walk to the small basin as the ice was too thin at the gorge entrance.
Headed to Poolburn to meet Dave (P). Lots of snow on the ice but we found some small patches of skate able ice to have some fun on.    Left Poolburn and went exploring new ice and were treated to great skating before finishing  with an evening skate on the Lower Manorburn.  Some fab black at the top of the middle basin and into the top basin.  So smooth and hard to get off....

Good to meet up with Jane again and ice talk.  Jane and Inge skated part of Fraser this morning and reported great ice.  Great day all round. 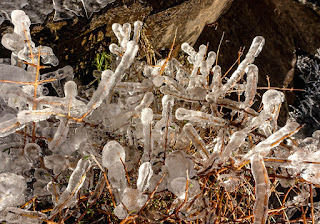 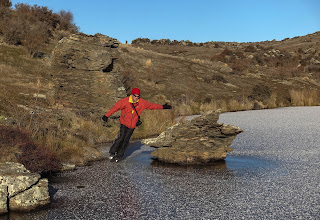