Bit of a frost this morning so up to Poolburn to see how the ice has held up.  Edges were were a bit stronger this morning so able to get onto the ice (carefully). Nice to be on the ice at sunrise.  Had a great skate on smooth hard ice.
Probably the last skate this year as there is not much ice around apart from this and a little bit in Rushcutters corner - unless we get a good cold spell. 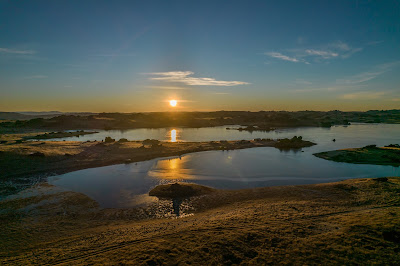 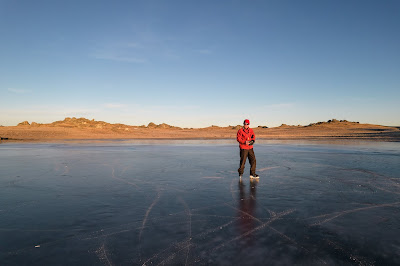 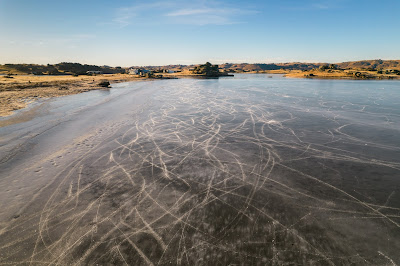 After watching the weather for a few days I decided to check to see if any ice had survived. Headed off a bit later than usual and managed to get a scratchy skate near Naseby.  On up to Poolburn and was pleased to find the ice pack in the little bay was still there.  Only problem was to get to the ice as there had been quite a melt around the edges leaving thin ice A plank was need but I have forgotten to put one in. So shoes off and though the thin ice to the pack.  Fabulous and smooth ice and a great skate. Well worth the wet feet.  Finished of with a skate in Rushcutters on slightly dodgy ice.

Visited four skating spots today as I headed home.  First up was Poolburn to meet Jane and Inge at daybreak and to a fantastic sunrise.  Very good frost but the skiff of snow the day before limited the formation of new ice.  Ice was just enough for a skate - smooth but a bit slower due to the snow.  Some smooth bits around the edges.    Jane and Inge headed of to the Lower Manoburn and after I dragged myself away I stopped in at Idaburn. To late for a safe skate but had a fantastically cracking skate anyway. The ice was hard and smooth when I arrived but as soon as I touched it it started pinging and cracking as it gave up pressure.  Fun but a bit unnerving.   Next stop was Hoffmans Dam where I had a good skate but limited in area.  Coalpit to finish where I had a great skate with Andrew.  Very windy when I left and no frost in the forecast.... 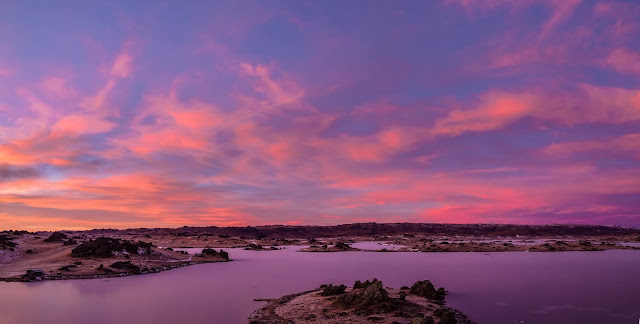 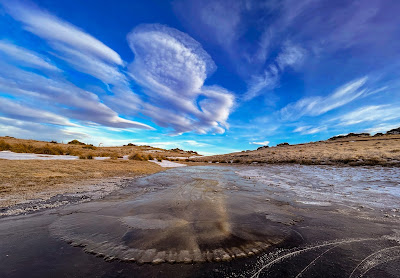 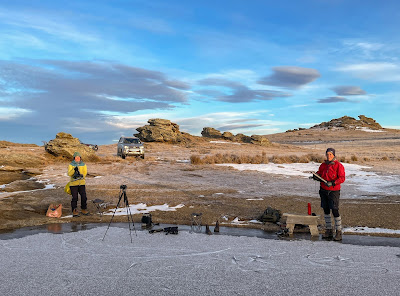 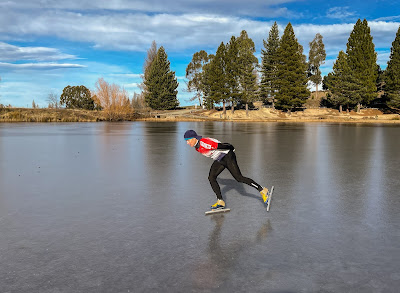 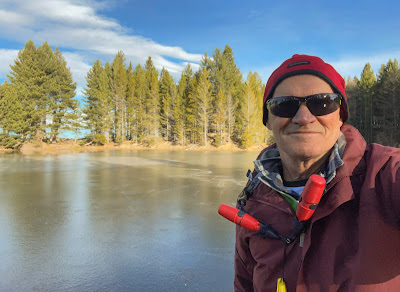 Up early this morning to Poolburn hoping the ice had improved.  The whole dam was covered in ice with a light dusting of snow on top preventing much new ice forming. The only skate-able place was the small bay.  Hard bumpy ice.  Care had to be taken as it was hard to tell where the thin ice started.  Next was Coalpit Dam and an unexpected great skate on refrozen snow ice.  Hard to leave.  Visited a possible new spot on the edge of the forest and had a small skate there but being later in the day the ice was weakening.  Finished the day with a skate in Rushcutters corner on the Lower Manorburn.  Lovely thick black ice and a good skate despite the debris and refrozen broken ice.

Coalpit could be great tomorrow with a frost.  Idaburn was near a skate - maybe a big frost might do it. 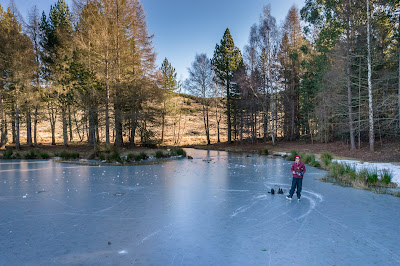 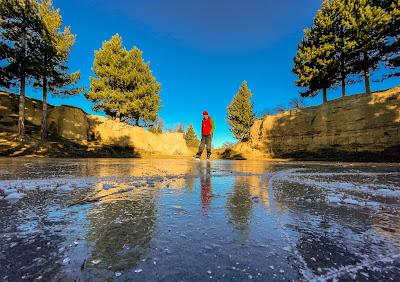 Headed in to Hooker Valley today to see if there was a skate on Hooker Lake.  Fabulous walk in.  Great sights and sounds.  Heard a couple of avalanches and saw the plume of one of them.  Hooker Lake looked amazing with lots of small bergs and tortured ice. Started out with the nordic skates but changed to hockey skates when I found smooth ice. A fun skate on such a varied surface and amazing to be among it. There was smooth ice further out but after testing it seemed to risky.  Was the second one there after another couple but after they left I had the place to myself for an hour or two before the walkers began arriving.  Left after the sun hit the ice.  Awesome time. 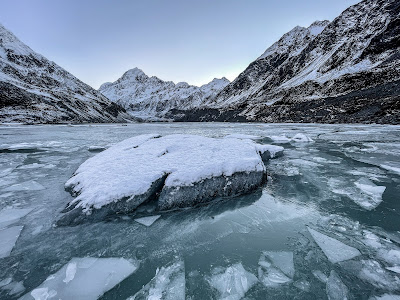 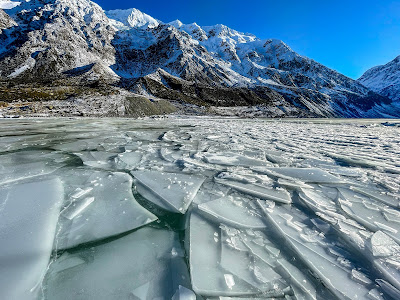 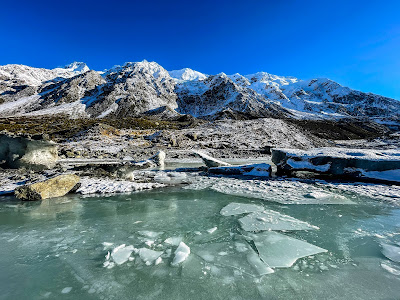 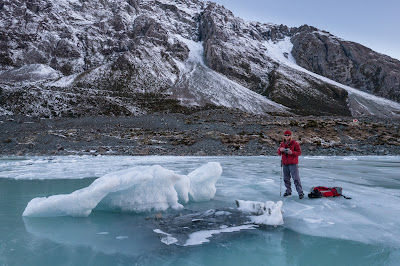 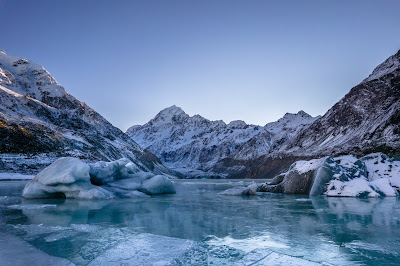 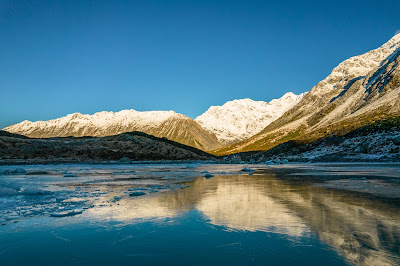 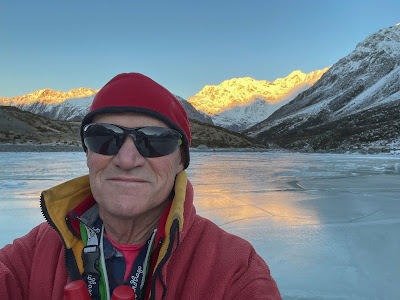 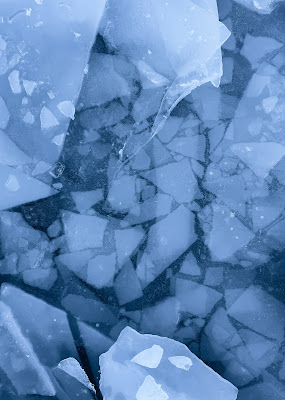 Dave and I headed to Poolburn today to see if any ice lasted the weeks wild weather.  All of the ice from last Sunday had gone but there was a pack of snow ice left in the little bay. We made the best of it with a bit of skating and snow kiting despite the limited area. Ice was bumpy and ok with hockey skates but better with nordic skates. Ice pack was fairly hard but being snow ice you had the take care - this sort of ice doesn't give much warning of danger - especially as it thaws.  I headed off after midday and Dave stayed on to go exploring around the back of the reservoir.  A fun time and a good place to be on a winters day.   Track is now open all the way but muddy in the thaw. 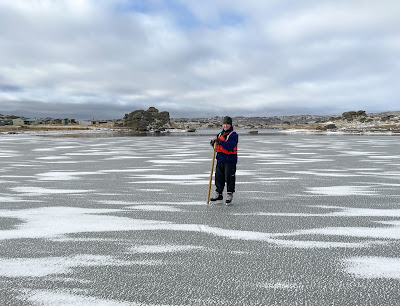 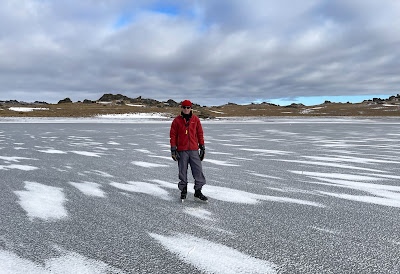 Another good frost over night. Met Dave at the top gate on the track to Poolburn this morning.  We unloaded out bikes and ploughed our way up to the reservoir with what ever gear we could carry.  I was expecting the ice to be a bit better today and it sure was.  Back ice in most places and fantastic skating.  The ice had firmed up a bit especially near the edge where we got on.  We skated around the back of the main island but eventually had to turn back due to thin ice.  Skated around to the dam and to the far left bays.  Just fabulous.  A rare day on perfect ice in fine weather.
Note at the moment the track needs 4WD and the top is only for the keen.  Can be wet and messy on the way out as it thaws.  Had a wee skate on Idaburn on the way home - limited area and creaky. 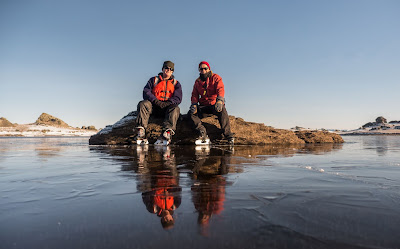 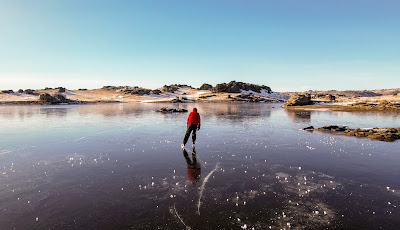 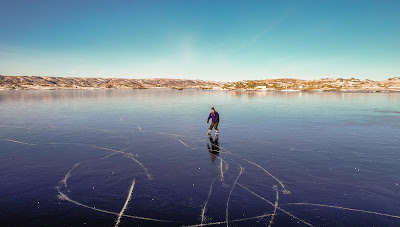 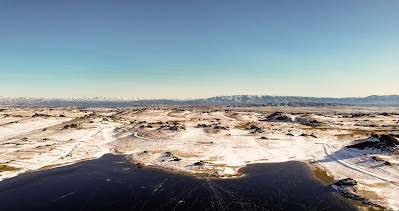 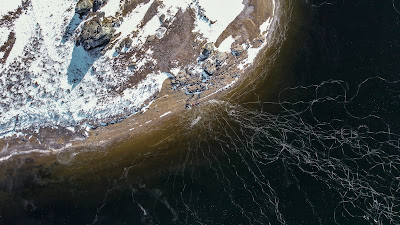 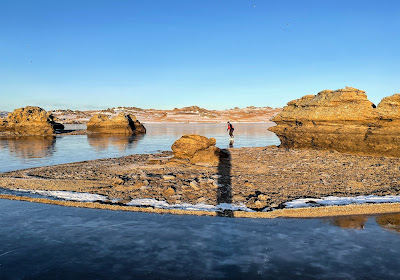 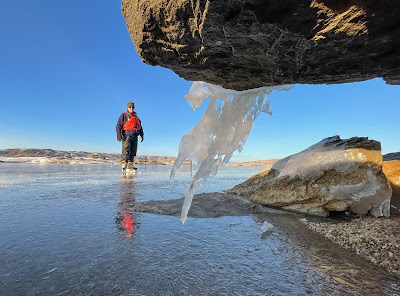 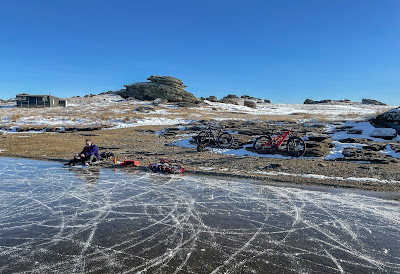 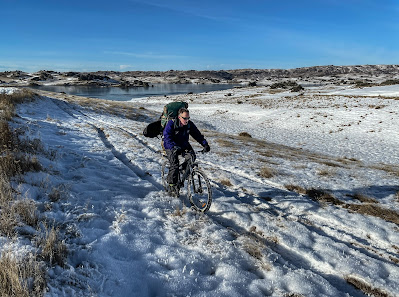