Lower Manorburn turns it on...

Up early this morning with the frost and headed to the Lower Manorburn at daybreak.  Wow great ice for this late in the season.  Was able to skate the whole middle basin and into the gorge a bit.  Before I left I walked up the track and had a skate in the upper basin - unable to skate thru the neck as there was water showing. Unusually I was able to skate on the sunny side nearly to the neck - the shady side ice was too thin.  Great ice all round - smooth and hard.
Finished of the skate with a visit to the Matakanui Diggings and had a skate on the main pond.  About 100mm of green ice in the shady side and although not big area, great skating.  Nice spot surrounded by the cliffs and trees.  Wind was softening the ice as I left but a great way to finish the season! 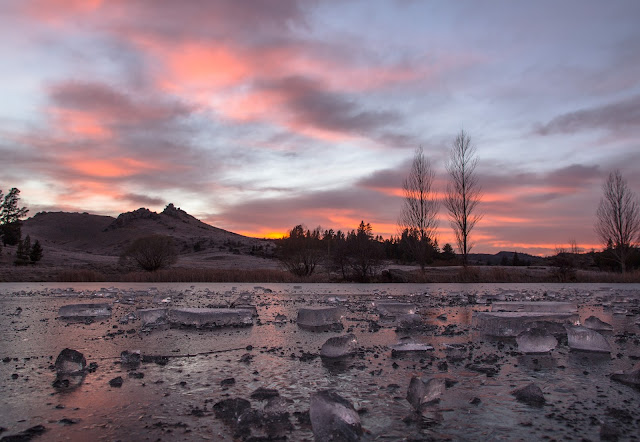 Having heard nothing much about the Lower Manorburn over the last week of big frosts I decided to check it on the way through Alexandra this afternoon.   As I approached Alex all the usual signs of ice where there (despite the day being warm) so I was not surprised to see some ice in the middle basin but was not expecting to see it thick enough for a skate.    Good hard ice! Had a skate in Rushcutters but not sure about the rest as it was getting creaky due to the warm day.
Good to be on smooth ice again after the week of snow ice.  Fab.
Hopefully it will hold till tomorrow with a frost.

The Hoff and the Coal

Dave and I were up early this morning for a dawn skate on Hoffmans Dam.  The whole dam was locked in snow ice.  Able to skate the perimeter including the tail.  Good access despite the snow on the track.  Great skate.
Afterwards I went around to finish off with a skate on Coalpit (after a quick creaky explore of Lower Coalpit).  Good skating on the frosted black ice with hard and bumpy snow ice on the rest of the skate able area.  The snow has been good to us this late in the season.
Probably our last skate this year as the ice does not feel as if it can take any warm weather. 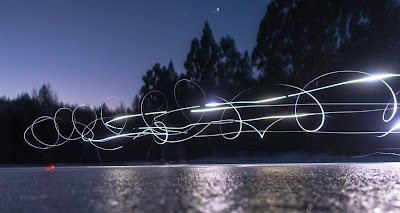 Yesterday Dave (P) and I talked about the possibility of a mid week skate while the frost were still here so this afternoon we downed tools as soon as we could and headed to Coalpit in the hope that the snow ice would still be in.
Great to find much of the dam still skate able. We had a fab skate into the evening with the ice improving as the night cooled down.  The snow ice was hard - a bit bumpy - with a good area of frosted black ice.  Needed a bit of care is some places.
Great night to be out on a frozen pond ringed by trees but open to the starry sky.  A real pleasure! 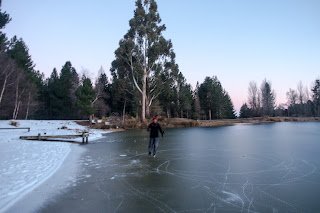 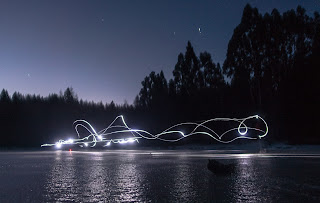 Big frost this morning got me up and away to look for ice.  We have had a few days of snow showers in the hills so thought about looking for snow ice.
Headed straight to Coalpit Dam as it would be the most sheltered.  Temp when I arrived was -9!  Good part of the dam was snow ice hard enough to skate on.  New black ice in some parts but too thin for skating and a some water showing. Had fun cruising around on the hard bumpy ice.  Cold though and eventually had to get my heated gloves and a face mask!
Checked out Hoffmans Dam afterwards and ended up with a great skate.  The whole dam including the tail was locked in snow ice - bit bumpy in places but good skating. Thinner in the main area so care was needed.  Hoffmans looked fabulous with snow on the surrounding fir trees - a real treat and hard to leave.

Also visited the old curling rink up behind Naseby (pic below)

Two good frosts lured me to the Manorburn Dam this morning.  I knew there was a small amount of ice left in Rush Cutters so decided to check it out.  The old ice had become skate-able with around 20mm of new ice over the main basin.  The new ice was too thin but had a fun wee skate in the corner.  Surface was hard and a bit bumpy.  Caught up with Inge when she came down to check it out.
Decided to drop in to Poolburn on the way back. The road had a bit of snow on it but was well frozen so a good drive.
My intention was to see if I could skate in a pond near the lake but checked the main lake.  Surprised to see it covered in snow ice.  The ice was 'double' ice - a layer of ice under water then water topped off with another layer of snow ice - not good for skating at all (and thin).  Headed to the small bay and found a strip of ice around the edge and at the head of the bay that was skate-able.  Fab!  Ice was hard under a thin layer of snow.  Good skating - smooth and quiet - great skate for such a bad season.