Up early this morning to the Lower Manoburn to find good skating in Rush Cutters corner.  Great ice without the usual debris that people throw on it. Great chatting to a few locals and some visitors from Auckland.   Did skate out to the middle once but the ice was a bit dodgy.
After a snow kiting session on the Pisa Range I decided to have a look at Diamond Lake on the way back - not having been there for quite a few years.   There was ice all over the lake but was unable to get out to it as the edges were either melted or very thin due to the trees and reeds.
On the way up I had spotted a smaller pond tucked under the hill and still with frost around it.  Walked down to it on the way back and found some fab ice - very smooth. I think the pond had formed from melted snow.  Good skating but had to watch for a few rocks that had been thrown on.   Fab way to finish the day with a dusk skate on super smooth ice. 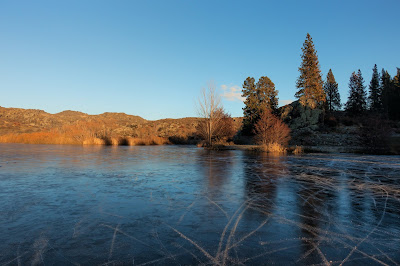 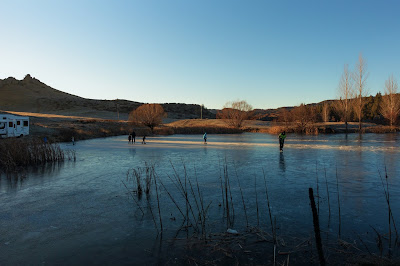 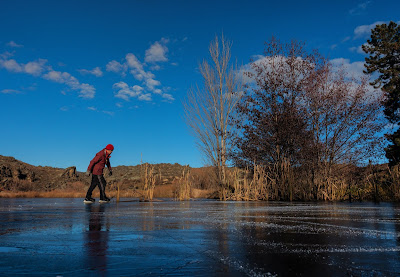 Good work if you can get it;-)