After watching the weather over the last week I decided to check Poolburn to see if there was another skate.  A week ago there was no ice at all but good to see some  back after a few days of frost.  Ice was a bit sketchy in the corner of the main back but had a good but crackly skate.  Went over to the far bay and found better ice and had a great skate.  Not too thick but clear and hard.  Checked out Algae Dam and the stream - both had ice but the dam was unsafe.  Low cloud/fog was rolling in as I left but if it clears it should be better tomorrow. 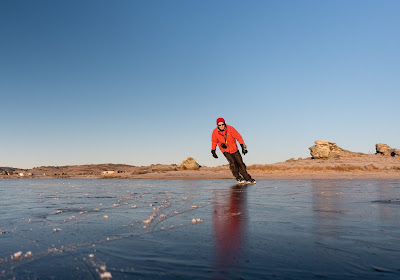 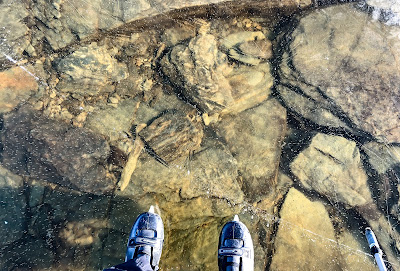 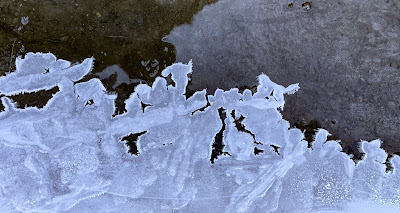