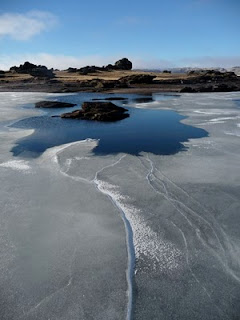 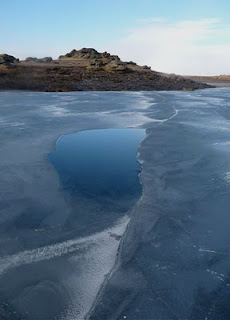 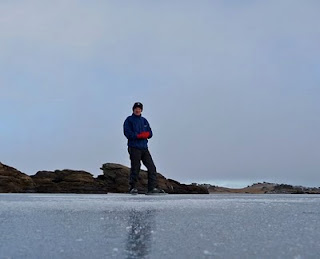 On the way to Alex today I dropped in to see how the ice was holding up.
Idaburn had thick ice in main area but water flowing in the gorge.
Ice had layer of snow ice on top but bumpy with 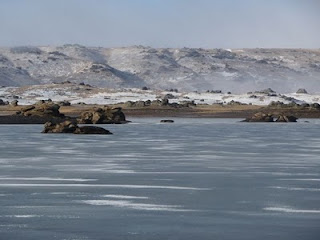 some smooth areas.
Frozen puddles on the ice in some places made it just an 'ok' skate - will be better when (if) the ice puddles freeze properly.
The Lower Manorburn had plenty of ice in centre basin. Ice in other basins. Water showing in the neck and the ice surface was similar to Idaburn. Had a skate in the centre basin 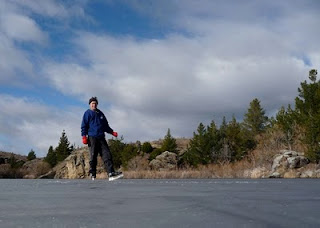 Great to visit Poolburn in its winter glory - skiff of snow on the hills around and some light drift snow on the ice. Thick ice in main bay but thinning out and weakening in the sun around the side and back of the main island. Re-frozen snow ice on top of ordinary ice created some interesting shapes. Some water at edges and around rocks. Had a fab skate on hard (but sometimes bumpy) ice. Love it!
Posted by Dave at 9:15 PM